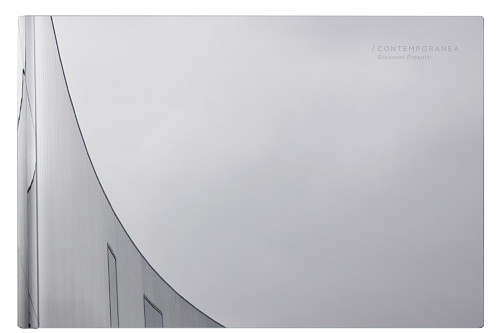 Over the last few years, the architecture photographer Giovanni Presutti has photographed many of the most important buildings in major European cities, placing a special focus on constructions built in the last decade. The methodical research and surveys he carries out before each trip have led him to the conclusion that the majority of these buildings have two key aspects in common.

The first is their very prominence; their devotion to aesthetics. It is clear that the works are produced by contemporary society, with even those featuring complicated internal structures increasingly characterized by attention to exteriority. It is important to note, however, that these buildings do not lack functionality.

The second is the uniformity of style and planning. Presutti encountered similar ideas and materials in every country he visited, which were often completely unconnected to local traditions. This frequently made it difficult to place a certain building in a given country. It is as though the European Union, having not yet achieved political or social unity, has somehow succeeded at an architectural level.

Giovanni Presutti explores these issues in Contemporanea, emphasizing the aesthetic qualities his subjects have in common: the lines, materials, and reflections, as seen from different perspectives. In the process, he has sought out pureness of form, and created a unique context; one that is representative of our time. A foreword by Antonio Belvedere, and an introduction by the Parisian-born curator, critic, and photography historian Gabriel Bauret, provide a critical perspective on this collection of images.

Modern Cabin: Color By The Foot

Vintage Music: Subject By The Foot

Modern Cherry: Color By The Foot