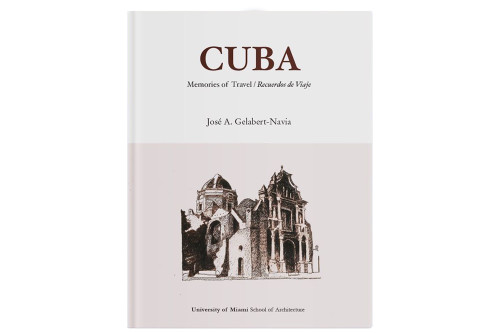 This is a book about Memories of Travel. Cuba has always been a place of mystery and enchantment. As far back as 1838 the Lithographic Printing Company of the Royal Patriotic Society of Havana had hired Pierre Toussaint Frédéric Mialhe to take notes of the city and its surroundings. These visits were documented in three classic books: La isla de Cuba pintoresca, La Isla de Cuba and Picturesque Trip through the Island of Cuba.

This book was inspired by that earlier work. The drawings are souvenirs of travel, fugitive visions of a world that survives the ravages of time and history. It is not a book that documents politics or crumbling structures, as many recent publications of Havana have done. It is rather a simple sketchbook that celebrates a city that was built by immigrants who saw their talent flourish in this faraway land. Their legacy was a real and imagined city that survives today.

Philadelphia - Portraits of the City (Hardcover in Box)

Coral Gables & Rome | The Drawings of Thomas A. Spain (Hardcover in Box)