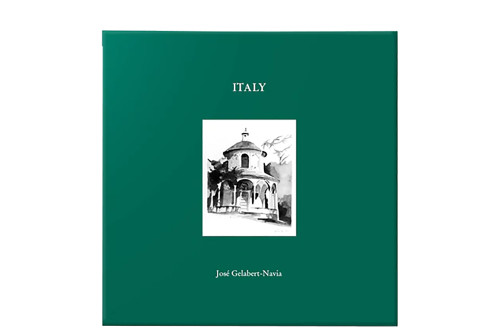 Between 1915 and 1917 the Russian composer, Sergei Prokofiev wrote a series of twenty piano pieces. While playing them for a gathering of friends, the poet Konstantin Balmont wrote a sonnet which entitled Mimolyotnosti which Kira Nikolayevna would translate as Visions fugitives. Inspired by these dazzling miniatures, I have assembled a jewel box containing twenty individual felt-tip drawings on watercolor paper capturing fugitive visions of Italy.

I have always been eager to capture the faded beauty of cities and buildings. This obsession would inevitably draw me to Venice and Sicily. Wandering amidst the shadows of the Venetian light I have tried to portray the beauty of this luminous city. No part of Italy has as many layers of history or been inhabited by so many different peoples as Sicily. From the Greeks who colonized Siracusa and Selinunte, to the Romans in Agrigento, to the Normans in Palermo.

My drawings are fugitive visions of this complex and multi-layered landscape. They pay homage to one of the world’s richest artistic traditions, and my own transformative personal experience as an architect.

Snowfall Wrapped: Color By The Foot