On the Tarmac Rules, line-work, shadows and space(Hardcover) 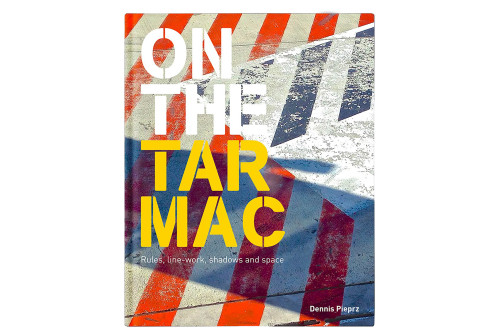 On the Tarmac Rules, line-work, shadows and space(Hardcover)

To most people, tarmac markings are hieroglyphics writ large: an obscure language that greets us as we glide down toward the earth. It is a code both intimately familiar and radically alien. On the Tarmac re-conceives this code. Designer Dennis Pieprz, who spends countless hours taxiing to distant terminals as part of his work, documented his travels, armed with boundless curiosity and an iPhone. As if collecting postcards along his journey, Pieprz framed images not to convey instructions but to capture vivid patterns and surprising juxtapositions, rigorous geometry and playful shadows. By freeing the tarmac from utility, Pieprz’s photos allow new meanings to emerge, exploring poetry of line work and the ballet of human activity. They are about catching glimpses of the hyper-local amid relentless globalization. They are about slowing the pace and paying attention. Most of all, they are about seeking the sublime in the everyday.

Amass | The work of PlusClover (Hardcover in Slipcase)