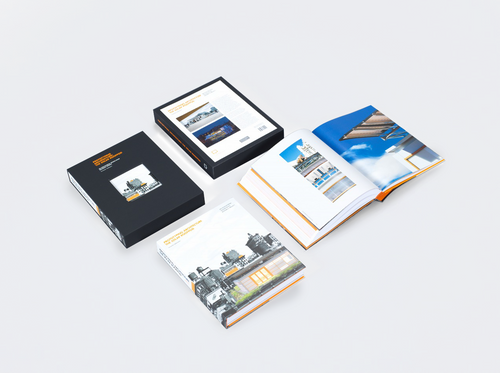 Close to 75% of primary energy in New York City is used in or for buildings. Amid the many different initiatives being implemented today to increase energy efficiency, it is clear that it is our built urban environment that needs the most improvement. Besides the fact that existing buildings have to be upgraded, the forgotten, interstitial spaces, where improvement can become architecturally tangible, should also be addressed.

The project described in this book developed from the observation that “our most abundant energy resource is the sun and our most underutilized urban space is our rooftops,” and a successful entry into the Department of Energy’s 2011 Solar Decathlon whose goal was to design and build a “Net-Zero-Energy” house to be exhibited on the National Mall in Washington, DC.

What if we could make use of infrastructure developed over generations by developing the underutilized space of apartment building rooftops to generate some of the power for the “host-buildings” underneath, and thus immediately renew the way we power our buildings and, beyond that, our urban way of life? This visionary concept, documented here in comprehensive architectural detail, became reality when a team of students from The City College of New York took on the challenge of presenting their vision of a built “Roofpod” prototype that could be promoted in New York City.

Beyond Context: The Work of Atelier Arcau Architects (Hardcover in Clamshell Box in French Language)