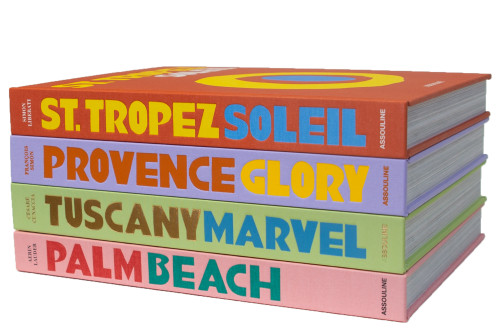 Tuscany Marvel: The Italian region of Tuscany is a feast for all senses. A creative incubator that has cultivated art and architecture for eras including Etruscan, Roman, Renaissance and modern times. Timeworn churches, once stops on nineteenth-century Grand Tours, stand tall in the towns’ piazzas. Rolling hills of wheat and colorful olive groves, that inspire authentic Tuscan cuisine, are dotted with villas built by the prestigious Medici family. The Tyrrhenian Sea extends off its coast, lapping the shore of Elba, the island where the emperor Napoleon was exiled. Quaint villages, historic towns and bustling cities are scattered across its landscape, which is almost as varied as the communities themselves. From annual horse races at Piazza del Campo, and the centuries-old winemaking traditions of the Chianti region to the city of Pisa, an ancient Maritime Republic known for the youthful spirit of its Scuola Normale Superiore and Leaning Tower alike, Tuscany is the place of dreams, where thousands come to relive its history and take in the beauty of a region.

Palm Beach: Early in the 1900s, one-time oil baron Henry Morrison Flagler took interest in the Southern coast of Florida and began developing an exclusive resort community. Establishing a railroad that would allow easier access to the area, he went on to build two hotels—his hope was that America’s first families would come to populate the area. This modest community would later evolve into an iconic American destination, hosting British royalty, American movie stars, and becoming the home-away-from-home to some of the country’s leading families. As the century continued, Palm Beach established itself as a luxury hideaway synonymous with old-world glamour and new-world sophistication. In this splendid volume, longtime resident and Palm Beach social fixture Aerin Lauder takes us through her Palm Beach. From favorite restaurants like Nandos and Renatos, to favorite houses like La Follia and Villa Artemis, she takes us to the elite shopping of Worth Avenue and the scenic walkways of the Lake Worth trail, all the while relating to us the histories, faces, and places that have become so identified with Palm Beach.

Provence Glory: From cities to quaint towns and everything in between, Provence has something for everyone. Swim in the crystal clear waters of the Calanque de Sormiou in Marseille. Drive with the top down through fields of lavender in Valensole. Experience a bite of just-out-of-the-oven fougasse, a Provençal classic. Stand in awe of the beautiful, white Camargue horses native to the area. Located in the South of France, Provence is uniquely positioned to be a cultural blend of the Mediterranean. Roman landmarks still prevail from the 1st century AD alongside châteaus from medieval times—a varied legacy brightened by the indigenous mimosas and cypresses. Perhaps since the region is well-known for its ability to inspire, it’s home to a plethora of festivals such as Rencontre d’Arles, Festival d’Avignon, Festival d’Aix-en-Provence and more, all celebrating the arts. Artists who have praised the unique Provençal light include Cézanne, Van Gogh, Matisse and Picasso. Alexandre Dumas and Jean Giono are among the writers who were drawn to write in the shade of the plane trees.

St. Troez Soleil: The legend of St. Tropez starts with a dog, a rooster, and a martyr; and it leads to movie stars, world-renowned artists and distinguished writers. Located on the sparkling French Riviera, St. Tropez has enjoyed the spotlight for more than half a century, for better or worse, with celebrities flocking to this idyllic locale for its beaches and a dose of Mediterranean sun. A picturesque oasis, St. Tropez has served as inspiration for a who’s who of notable writers from Françoise Sagan to Colette; as well as renowned artists Paul Signac and Henri Matisse; and even filmmakers. However, St. Tropez would not be the same without then belle du jour Brigitte Bardot, her films and lovers and many other famous couples including Annabel and Bernard Buffet and Bianca and Mick Jagger. St. Tropez Soleil guides the reader through its storied past and ever-evolving present. Featuring annual mainstays such as Les Bravades and the Les Voiles de Saint-Tropez as well as exclusive events like a Chanel fashion show at the quintessentially Tropezian Sénéquier café and the White Party at Nikki Beach begun by Naomi Campbell. But despite all that changes, the spirit of St. Tropez remains the same and this volume is an ode to the unique joie de vivre that keeps everyone coming back.